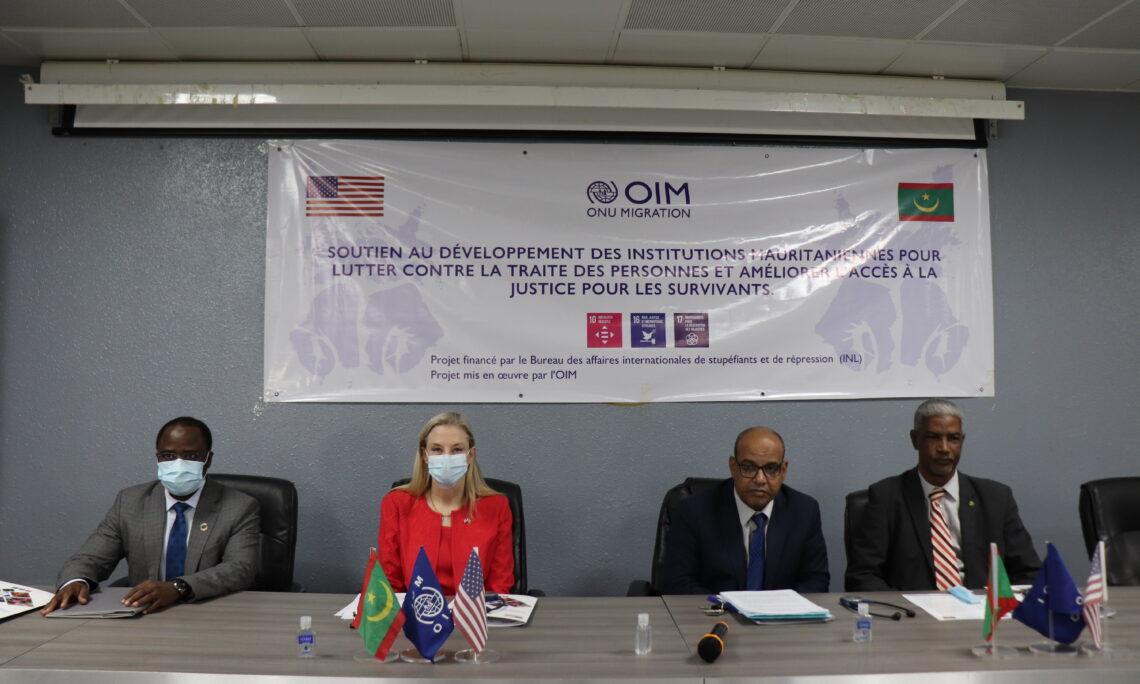 US Funds $500,000 Project to Combat Trafficking in Persons

(The speech as prepared)

Excellency the Minister of Justice

Mr. Representative of the International Organization for Migration (IOM)

Representatives of the Judicial Family,

Representatives of the Civil Society Organizations,

Esteemed members of the Diplomatic Corps

It is a great pleasure for me to participate in the launching ceremony of this IOM project, which has been financed by the United States Department of State. The United States is providing about US$500,000 for this project, because of the importance and urgency of its goal to support the development of Mauritanian institutions to address trafficking in persons and improve access to justice for survivors. Through this project, IOM will provide technical support to Mauritanian authorities in setting up the institutional framework for an effective implementation of the law 2020-017. This law addresses “the prevention and repression of trafficking in persons and the protection of victims.”

As we all know, the protection of fundamental human rights is a top priority for the United States, and we are committed to working with countries around the world, including Mauritania, to combat human trafficking.

Under President Ghazouani’s administration, Mauritania has taken several concrete steps to strengthen the legislative framework on trafficking in persons and the smuggling of migrants. Updating these laws was an important first step, but challenges remain in ensuring that the law is applied and that survivors in Mauritania are protected. Toward that end, the project we are launching today will provide standardized guidance, tools, and skills to facilitate case management and adjudication of trafficking cases.
On behalf of the United States, I express my gratitude for the opportunity to work with partners like you to make sure that everyone’s fundamental human rights are protected. We congratulate Mauritania for its efforts in ending trafficking in persons. Just a few weeks ago, the government adopted the implementing decree of the National Authority to Combat Trafficking in Persons and Smuggling of Migrants. This initiative is another good illustration of Mauritania’s willingness to tackle the issue.

To conclude, I’d like to thank IOM for its important work in Mauritania. This project will have a positive impact in Mauritania’s fight against human trafficking in all its forms.