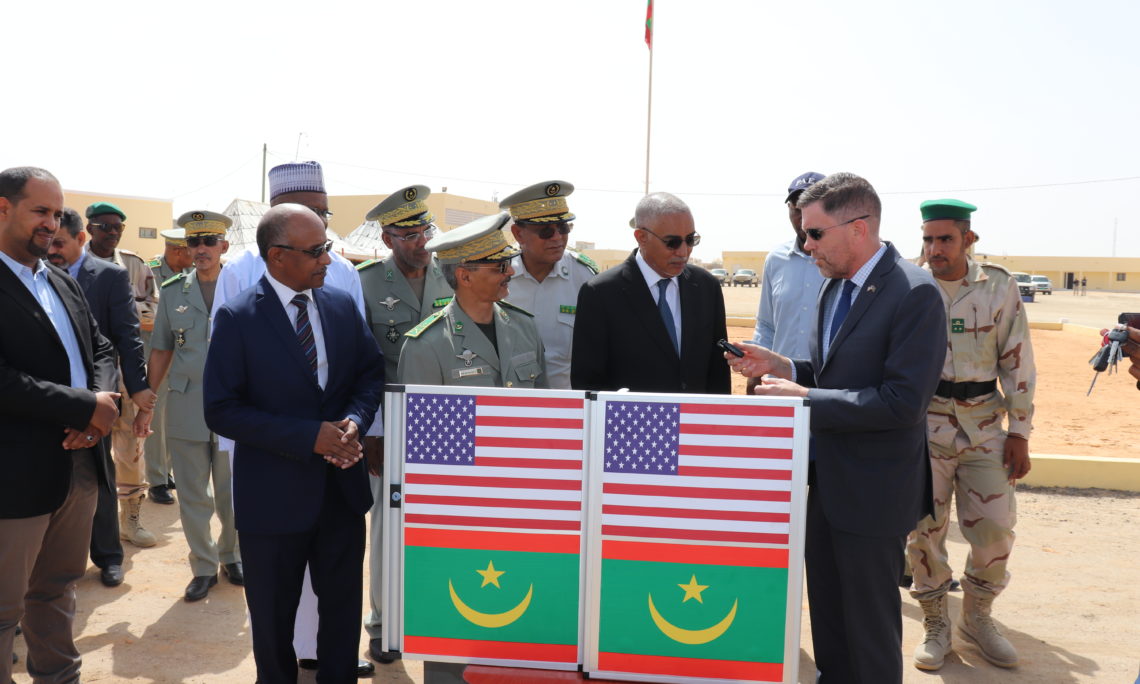 In his speech, Ambassador Dodman stated that “with our assistance to Mauritania’s troops in the G5 Sahel Joint Force, my government is demonstrating our very strong support for the G5 Sahel and her Joint Force. We salute the leading role that Mauritania has played in the G5 Sahel, including hosting the Permanent Secretariat and the G5 Defense College.  We look

forward to working closely with President-elect Ghazouani and the Mauritanian government as they prepare to assume the rotating leadership of the organization in 2020.  We are confident that this equipment and training will provide Mauritanian troops in the G5 Sahel Joint Force with the tactical agility they need to succeed in the Sahel.”

American support to Mauritanian forces in the G5 Sahel Joint Force expands the strong security partnership between the two countries.  As Ambassador Dodman noted, both countries will work closely on the large FLINTLOCK exercise in February, which will bring 30 countries to Mauritania, including most of the G5 partners.