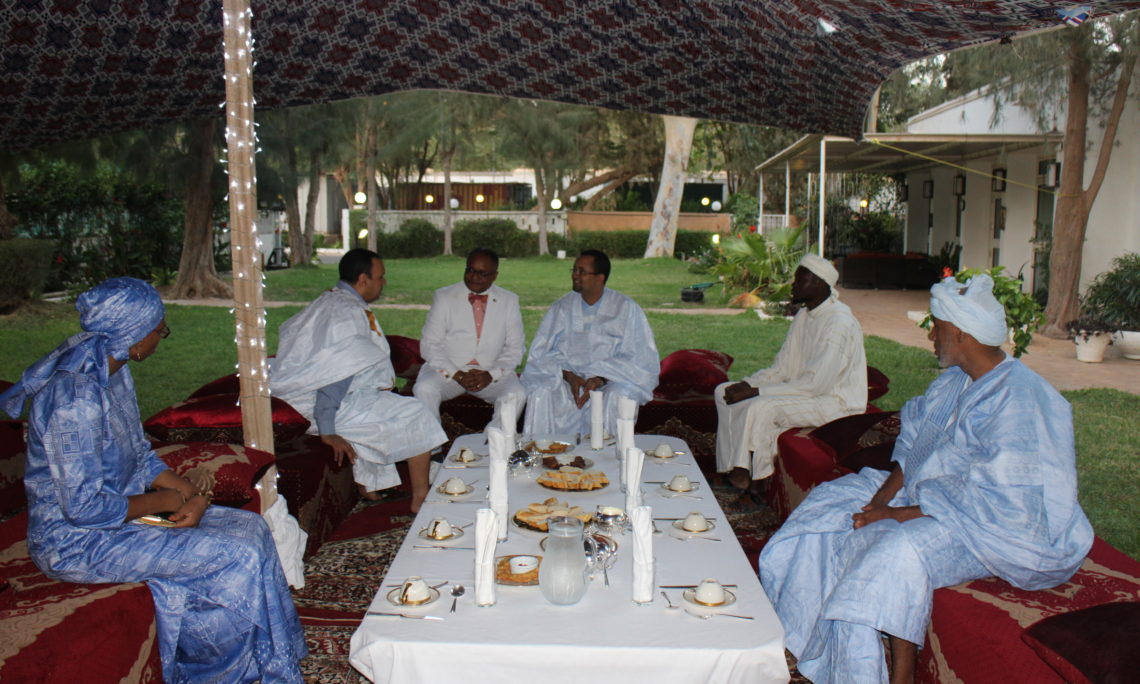 On June 7th, his Excellency Chargé d’Affaires Irvin Hicks hosted an Iftar in honor of guests from the Mauritanian government, diplomatic corps and religious community at the Ambassador’s residence in Nouakchott, Mauritania. In his remarks for the occasion, the Chargé highlighted to his guests that Ramadan is a special occasion for prayer, meditation, and support for the poorest of the poor. The Chargé also noted that the third president of the United States of America, Thomas Jefferson, organized the first official American government Iftar at the White House in 1805.