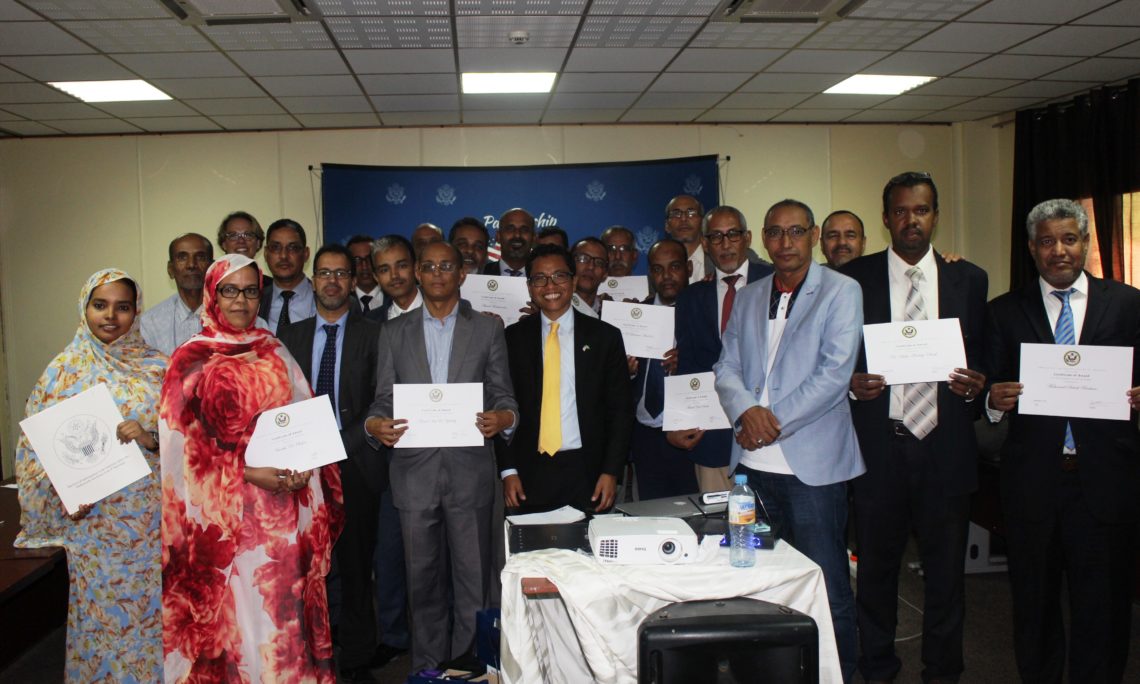 Training seminars for Government of Mauritanian Spokespersons and Young Journalists

The seminar aims to help those responsible for government communications to become more familiar with concepts including: ethical standards, how to establish a professional relationships with journalists, specialized sessions on the role and responsibility of the spokesperson.

The seminar, the first of its kind, will be moderated by the U.S. Department of State Arabic Spokesperson and Director of the Dubai Media Hub Nathaniel Tek, who has extensive experience in working with the press.

Two days later, the embassy will organize, another training seminar for 27 young journalists, under the aegis of the same speaker in collaboration with the Union of Mauritanian Journalists.

Both activities are part of efforts by the United States of America to strengthen democracy and press freedom in Mauritania.