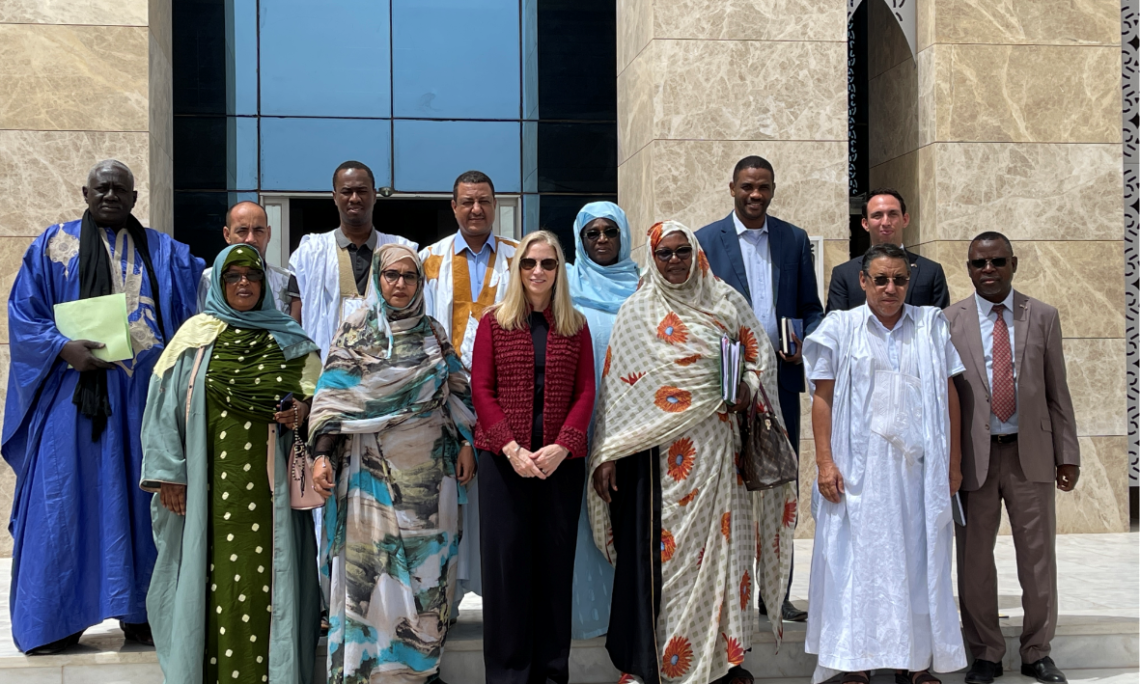 This year we celebrated the 62nd anniversary of the signing of the Treaty of Brotherhood and Friendship between our two countries, which was signed in 1970. We all hope that this relationship will develop and become stronger in the interest of our two peoples.

This parliamentary group is considered a model of political and diplomatic acumen for the advancement of bilateral relations between the two countries, which are based on cultural, humanitarian, and economic factors. The U.S government attaches great importance to the cooperation with Mauritania by solidifying a renewed approach to bilateral cooperation.

The United States aims to maintain its strong partnership with Mauritania by strengthening the economic, political, cultural, and social exchanges between the two countries. These relationships are witnessing an unprecedented growth in security and multiple political domains. The development of these relations has recently been powerfully echoed by the multiple visits of senior American officials to Mauritania.

In this context, I must note the important role of diplomacy in translating the aspirations of peoples at all levels and its pivotal role in continuous coordination, in trade and economic exchange, and also to security and defense interests.

I came to the country one year ago, to represent the American people to Mauritania, and I rely on the cooperation with your group to advance the bilateral relationship.

By virtue of its considerable economic wealth and promising agenda of its government, Mauritania can build a firm foundation for a great and bright future. Together, we will reinforce the ties between our two countries. Long live the friendship between Mauritania and the United States of America.