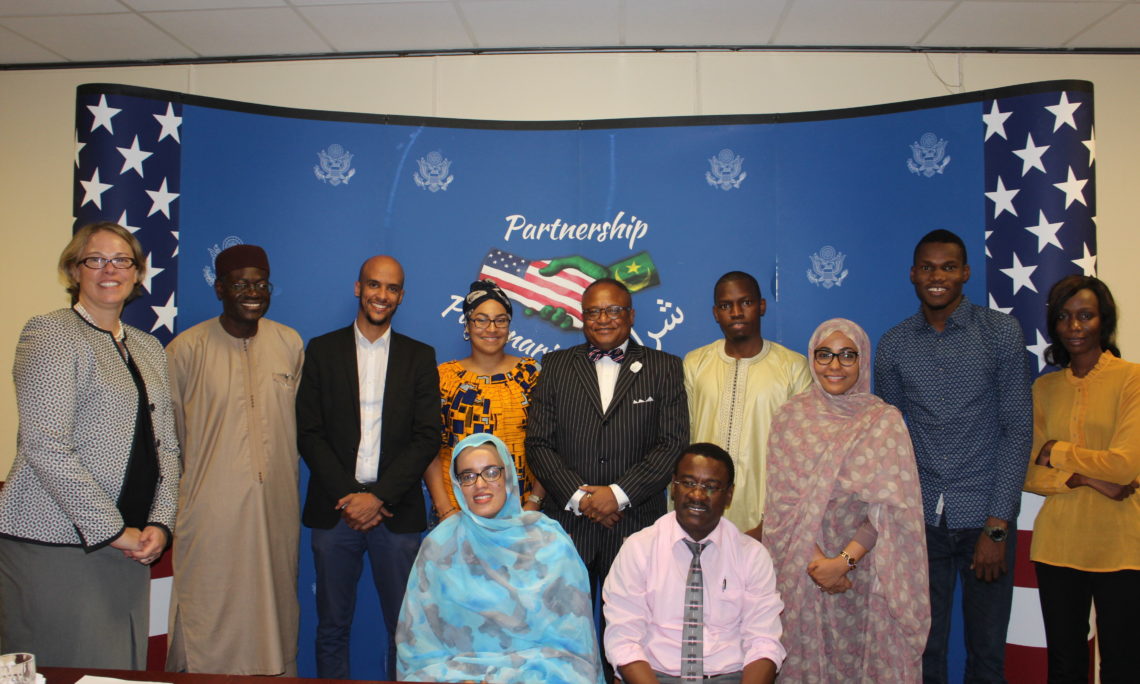 Out of ninety young Mauritanian candidates who applied for the 2017 Mandela Washington Fellowship for Young African Leaders, also called YALI, six have been selected to participate. This program allows young African leaders to pursue professional development and leadership training at major American universities for periods of 6-8 weeks.

The Mauritanian beneficiaries this year are:

Brahim Thiam is an English teacher who is concerned about his community especially the education of young girls. He will spend six weeks at the Kansas State University to take intensive courses in the field of Civic Leadership.

Leaziza Cheikhna is a Software engineer and a PhD student in Computer Science who believes that an innovative education system can efficiently empower young and children. She will spend six weeks at Rutgers University in New Brunswick, New Jersey in the field of Business & Entrepreneurship.

Melainine Mouhoud works as officer in charge of a voluntary return and reintegration assistance program with International Office of Migration (IOM). He will spend six weeks at Bowling Green State University in Ohio to take intensive courses in the field of Civic Leadership.

Mohamed Fall is a mining engineer with strong leadership skills. He works for Kinross a major mining/gold company in Mauritania. He will spend six weeks at the University of Nevada at Reno in the field of Business & Entrepreneurship.

Yasmine Chaitou is a communications analyst for the United Nations Coordination in Mauritania. She will spend six weeks at Florida International University to take intensive courses in the field of Public Management.

Zeinebou Abdeljelil is co-founder and manager of IKLAAA consulting firm for business and public institution capacity building. She will spend six weeks at the University of Notre Dame in the field of Business & Entrepreneurship.

During this program, the focus of these trainings will be in management and administration of public enterprises, business management and entrepreneurship, civic leadership, and NGO management. After their university classes, some of these YALI fellows will also benefit from internships with U.S. companies, civil society organizations, and large U.S. public agencies which will allow them to practice their newly acquired skills before returning to their countries to put their studies into action.

The U.S. government will also ensure, upon their return to Africa, continued support for their initiatives in an effort to stimulate growth and prosperity while also strengthening democratic governance as well as consolidating peace and security throughout Africa.