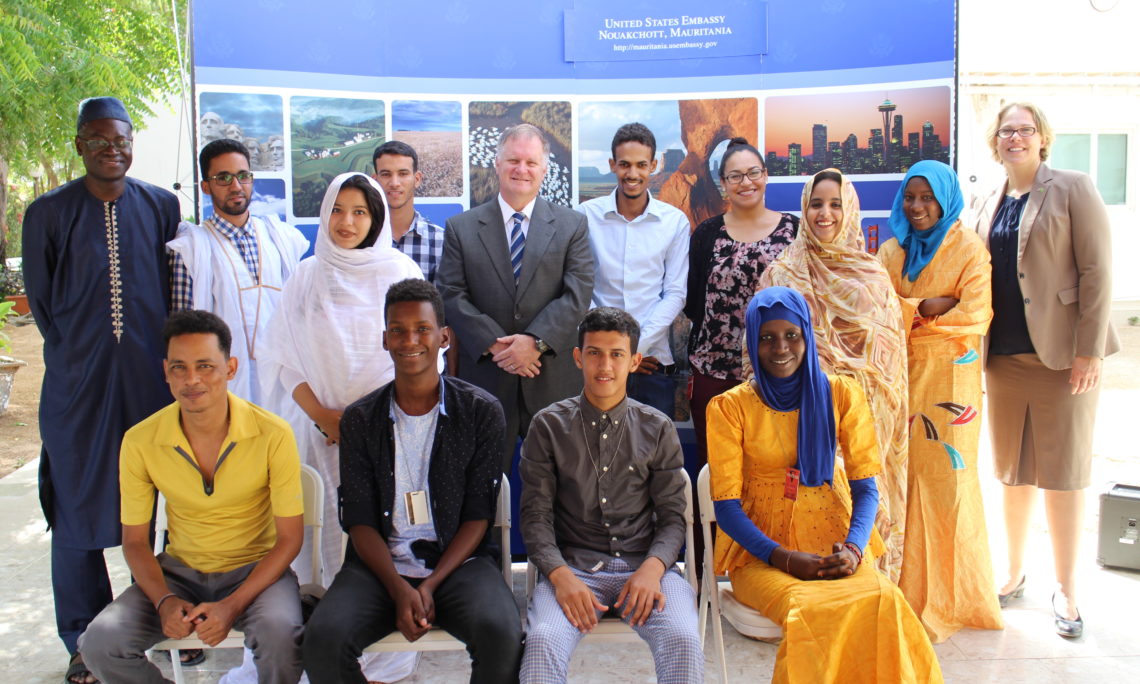 Grantees in our Academic Exchange Programs

The U.S. Embassy in Mauritania has organized this morning, May 24, 2017, a reception presided by His Excellency Mr. Jeffrey Bournes, Acting Deputy Chief of Mission, to honor the Mauritanian students who have been selected this year to participate in further studies in the United States.

20 young Mauritanians have been selected this year to participate in some of the most prestigious academic exchange programs sponsored by the State Department. They will leave in the coming days for the United States to participate in the Fulbright, Young African Leaders’ Initiative (YALI), Global UGRAD, and Pan-Africa Youth Leadership programs.

They were selected after a long selection process, among a large pool of 150 applicants. They have shown, through academic training and scholarship, professional accomplishments, community work and volunteering activities here in Mauritania, that they have everything needed to succeed in further studies in the United States.

It’s worth noticing that, since 2005 more than 181 young Mauritanians have benefitted from these opportunities to study in American universities.
These concrete and modest contributions estimated this year to $800,000 dollars, show the U.S. Embassy’s goodwill in supporting education in Mauritania. We hope that all the Mauritanians who benefitted from our training programs, including the ones this year, will go on to participate successfully in the socio-economic development of Mauritania.