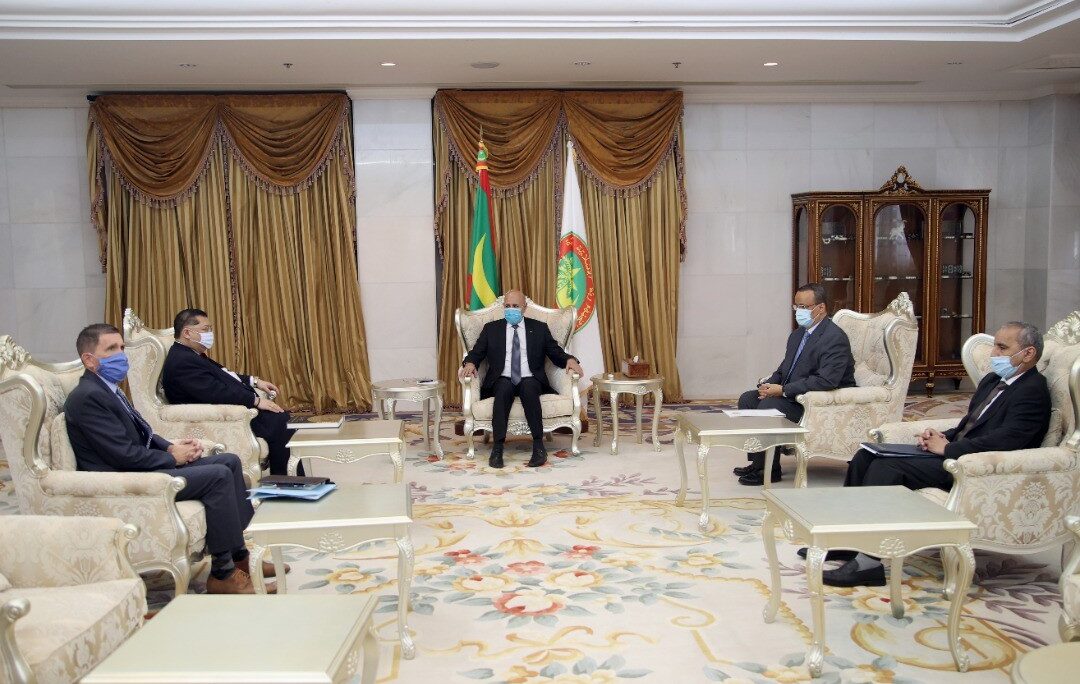 President Ghazouani kindly granted me an audience this morning and we had a very productive exchange on both bilateral relations and the situation in the region. On bilateral questions, we built on the issues that Secretary of State Pompeo discussed with the President in their call on August 18, and also on the work of the many high level American delegations that visited Mauritania in February, before the COVID pandemic. Specifically, we discussed the President’s ambitions with regards to rule of law, social inclusion and human rights, efforts to improve commercial ties between the two countries, and our security partnership. I greatly appreciated the President’s perspective on developments in the Sahel, and in Mali specifically.

This is my first visit to Mauritania, and I look forward to building on my very robust conversation with the President during meetings with members of the Mauritanian government and civil society, as well as with the Executive Secretary of the G5 Sahel.

I am the first United States Special Envoy focused on the Sahel region. The Secretary of State’s creation of my position as Special Envoy for the Sahel Region earlier this year reflects the U.S. government’s commitment to the region.  The goal of our diplomatic efforts in the Sahel is for West African governments to address the drivers of insecurity, contain the spread of violence, and stabilize the region with the help of better coordinated international and U.S. interagency support. There are four key elements in my mandate: 1) Improving coordination with other international and regional partners and international organizations; 2) Promoting stability in Mali, including a timely, civilian-led transition to return to constitutional order; 3) Pressing and supporting governments to expand state legitimacy and good governance in the G5 Sahel countries and neighboring coastal states; and 4) Preventing further spill over of instability into the other parts of West Africa. Mauritania is an important partner for the United States in these efforts.