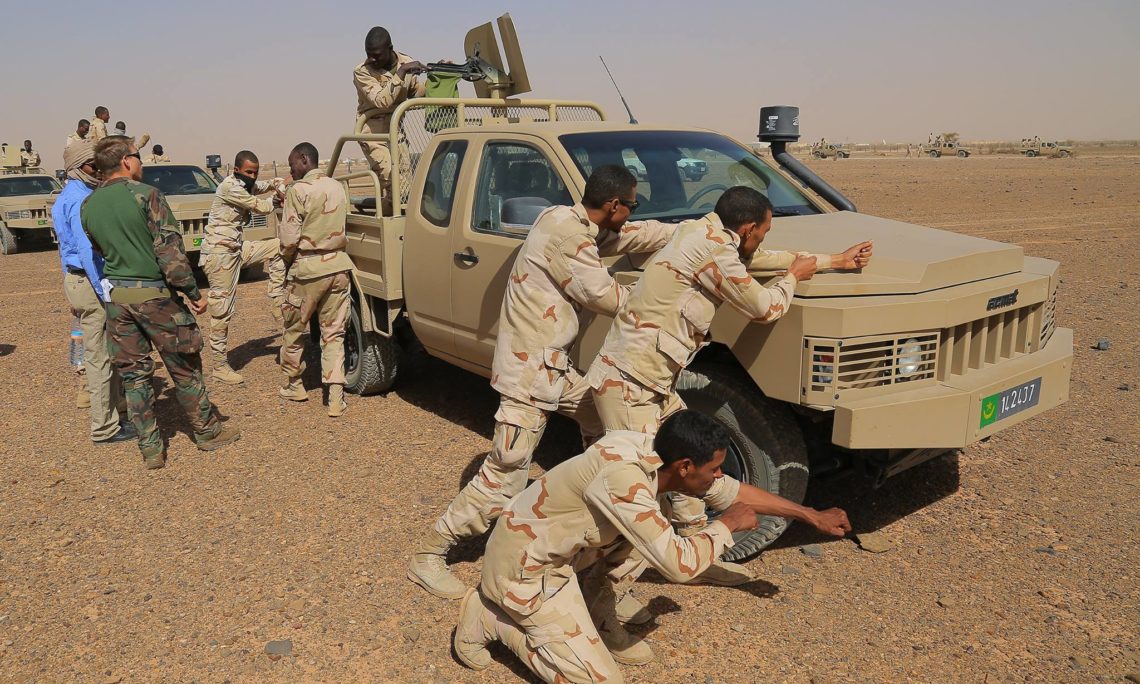 NOUAKCHOTT, MAURITANIA –From December 13 to 18, dozens of military planners from Africa, North America and Europe met to prepare for Flintlock 2016, the largest Special Operations Forces exercise in Africa. Beginning in early February 2016, Senegalese and Mauritanian military units will welcome Special Operations Forces from more than 19 European and North American countries to train alongside soldiers from 14 African nations.  The U.S. military participation in the exercise is led by AFRICOM, the U.S. military Command engaged in Africa.

Training will focus on increasing military cooperation across the region and will take place at multiple locations, including at the Senegalese military training base in Thies.  Additional training locations will include Podor, Bakel, Saint Louis and sites in Mauritania.  Mauritania will, together with Senegal, co-host Flintlock 2016.  More than 1,700 military personnel are expected to participate in Flintlock.  Training will focus on information sharing, communications, first aid, logistics and civil affairs.  In addition, training will cover maritime and riverine operations, as well as headquarters operations.

All Flintlock training activities are aimed at increasing safety and security in West Africa while strengthening government institutions, promoting multilateral sharing of information and developing interoperability among participating nations.  Flintlock is an annual training exercise and was hosted last year by Chad.  This year’s Flintlock event is projected to be the largest-ever for the cooperative military training event and will mark the second time that Mauritania has hosted in recent years.  Mauritania hosted the Flintlock exercise in 2013.