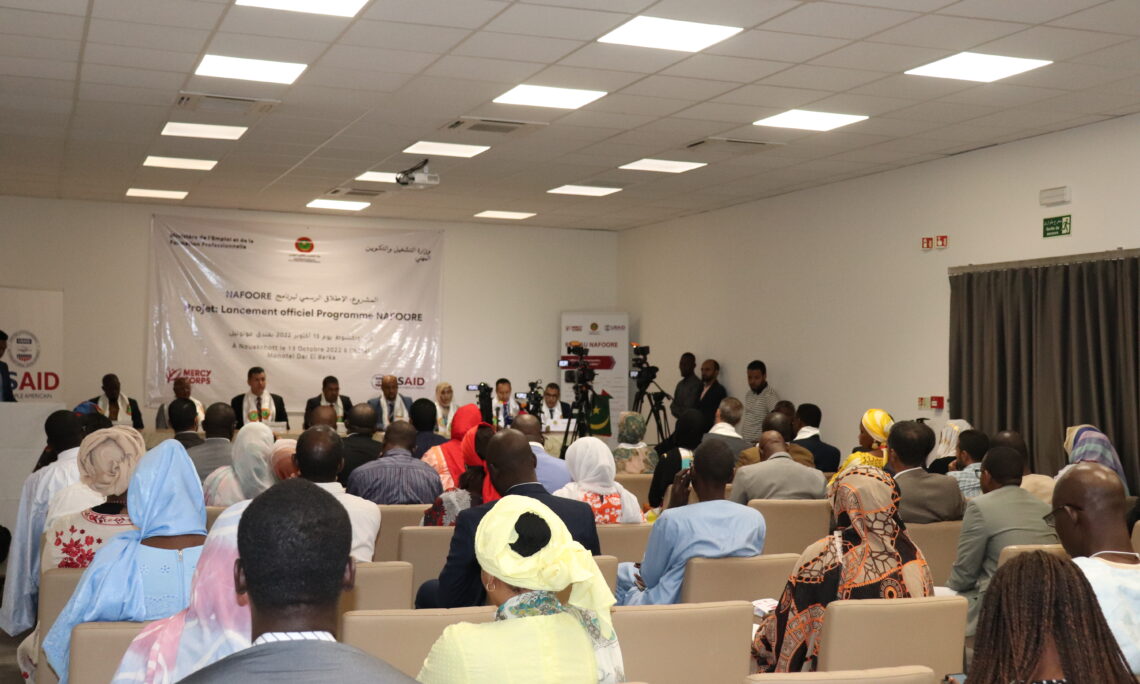 It is a great pleasure to be here today to launch the Nafoore activity. On behalf of the United States government, I would like to thank our Mauritanian counterparts from the Ministry of Employment and Vocational Training for their invaluable support in the preparation of this event.

The American Embassy and the government of the Islamic Republic of Mauritania have a long-standing partnership in sustainable development.

The Nafoore project, with its $17 million investment in youth-led, locally driven activities, is designed to increase the resilience of vulnerable Mauritanian youth to resist radicalization and recruitment by violent extremist organizations. It will be implemented in four regions of Nouakchott, Trarza, Hodh El Gharbi, and Hodh Ech Chargui. Nafoore means “added value” in Pulaar.

Statistics have shown that 70 percent of Mauritania’s population is under the age of 35 and represents the greatest source of potential for the country. However, these young people face major challenges. In particular, they lack the assets they need to confidently build their financial autonomy.

One of the goals of the United States Mission in Mauritania is to help Mauritania become more secure and prosperous, and Nafoore will help make this happen through its positive approach of building economic opportunities for vulnerable youth.

While youth face a lot of challenges, they also represent the greatest development opportunity for Mauritania. They are today’s and tomorrow’s educators, innovators, entrepreneurs, investors, health professionals, scientists, politicians, and peacemakers.

Therefore, it is crucial to invest in them now— making it possible for future generations to not only survive but also thrive.

I commend the Government of Mauritania for supporting civil society through the new NGO registration process. Mercy Corps, the main implementer of the USAID Nafoore activity, is the second American NGO to be registered in the country.

Finally, on behalf of the U.S. government, I would like to thank all stakeholders that are supporting Mauritanian youth and whose ideas and continuing efforts contribute to Nafoore, including the Ministry of Economic Affairs and the Promotion of Productive Sectors, the Ministry of Employment and Vocational Training, the Human Rights Commissioner, Mercy Corps, Counterpart International and Eco Development (EcoDev).

We look forward to collaborating to build a brighter future for Mauritanian youth.