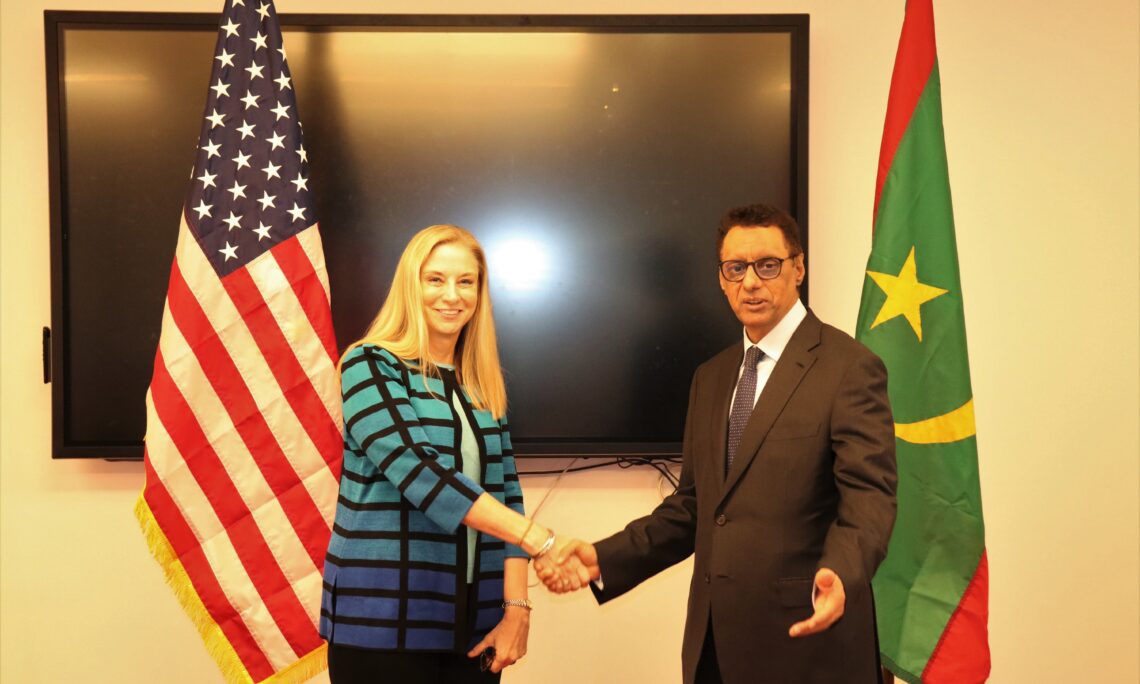 The governments of the United States and Mauritania held an Energy Dialogue on December 5, 2022.  With interagency participation from both countries, United States Ambassador to Mauritania Cynthia Kierscht launched the dialogue chaired by U.S. Senior Bureau Official for Energy Resources Laura Lochman and Minister of Petroleum, Mines, and Energy Abdessalem Mohamed Saleh.

The two sides affirmed that Mauritania and the United States share a common interest in increasing energy access, improving manufacturing capabilities, and addressing the root causes of climate change.  Participants discussed Mauritania’s strategic plans for the energy transition and pathways to increase renewable energy capacity and production.  The United States shared information on tools available to support Mauritania’s decarbonization and energy security goals.  In support of the Dialogue and continued engagement, the two sides are pleased to announce new energy cooperation between the United States and Mauritania via the Bureau of Energy Resources’ Power Sector Program to advance renewable energy development in Mauritania.

U.S. and Mauritanian participants expressed their determination to engage as needed in focused conversations on the aforementioned areas in the coming months.