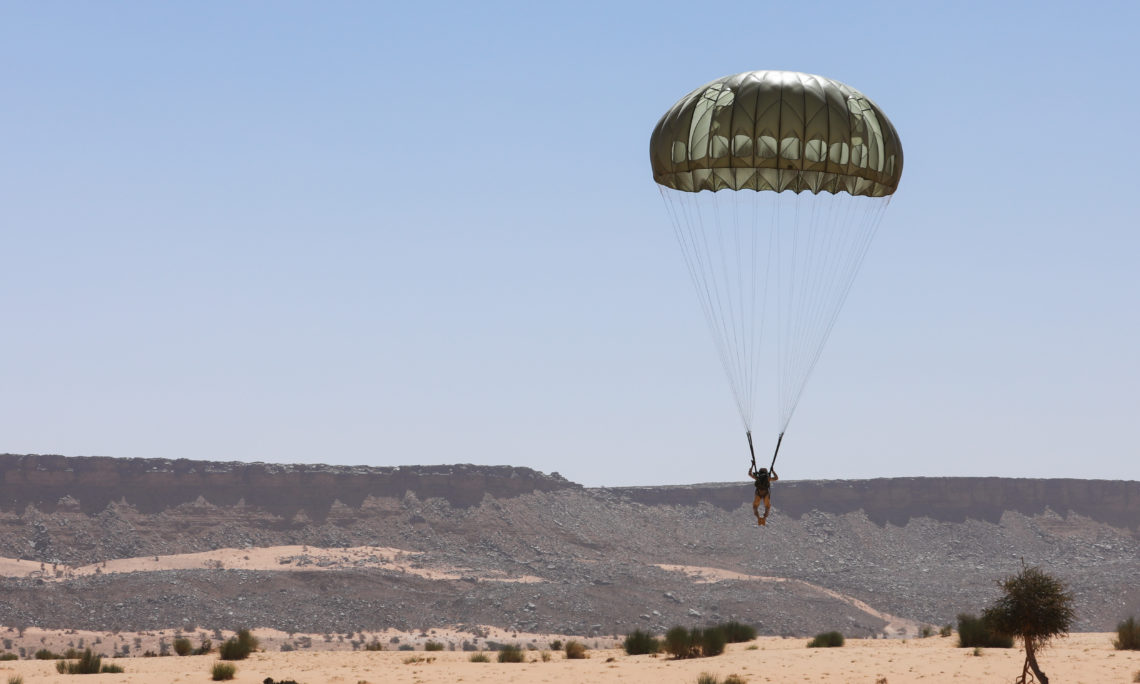 Mauritanian forces conduct an airborne operation during Exercise Flintlock 2019, Feb. 20, 2019 in Atar, MR. Flintlock is a multi-national exercise consisting of more than 30 African and Western nations at multiple locations in Burkina Faso and Mauritania that is designed to strengthen the ability of

More than 2,000 service members from more than 30 African and western partner nations will participate in Flintlock 2019 at multiple locations in Burkina Faso and Mauritania from February 18 – March 1, 2019.

In 2019, Flintlock will be hosted by Burkina Faso with a key outstation in Mauritania. The exercise is designed to strengthen the ability of key partner nations in the region to counter violent extremist organizations, protect their borders, and provide security for their people. Additionally, the exercise bolsters partnerships between African and western nation Special Operations Forces and law enforcement agencies, increasing their ability to work together during ongoing multinational operations and in response to crises.