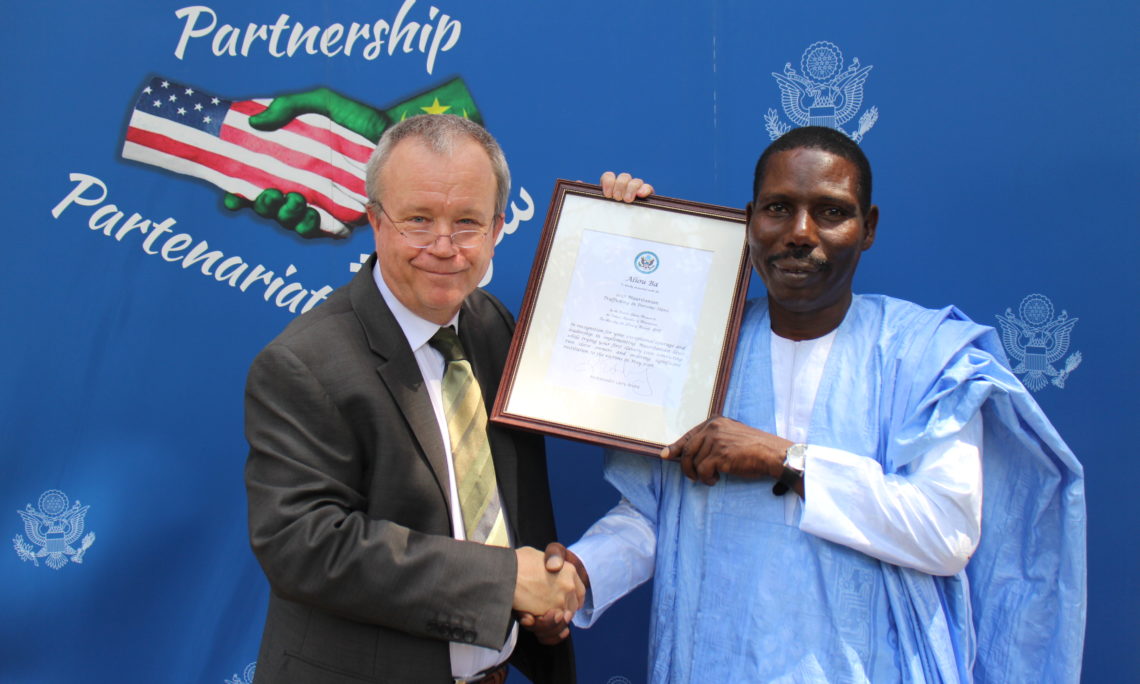 Fight against Trafficking in Persons Hero, 2017

On March 23rd, Ambassador Larry André organized a reception at his residence to pay tribute to Judge Aliou Ba, President of the Special Criminal Court for the Struggle against Slavery in the Eastern Zone, who has just received the “Fight against Trafficking in Persons” Hero Award for the year 2017 from the Embassy of the United States of America in Mauritania.

Judge Aliou Ba is also nominated as a candidate for the International 2017 prize for the “Fight against Trafficking in Persons” awarded annually by the U.S. Department of State on the occasion of the publication of its annual report documenting progress in countries worldwide. This prize is awarded to Judge Ba Aliou in recognition of his exceptional courage and leadership in the application of Mauritanian laws in the fight against slavery and its vestiges in Mauritania.

The reception was followed by a luncheon hosted by Ambassador Larry André with many lawyers, members of Mauritanian civil society, in particular human rights and anti-trafficking leaders, as part of the U.S. Embassy’s efforts to encourage all Mauritanians to work together to end slavery and its vestiges.