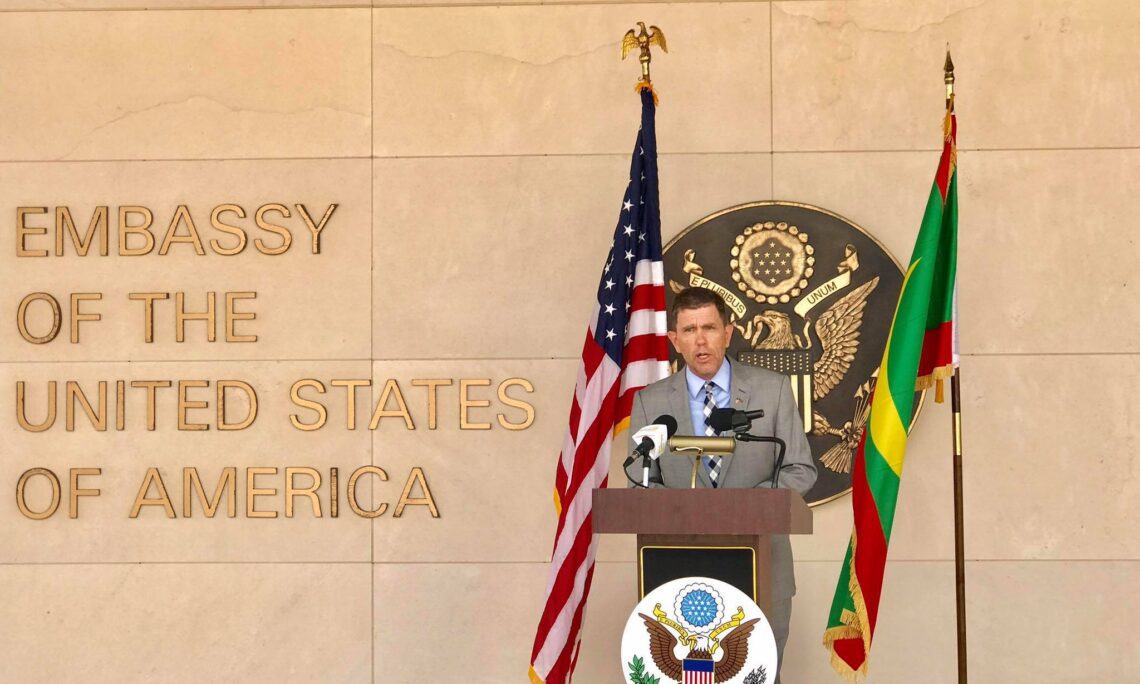 • Every year on July 4th, Americans celebrate the independence of our country. Because of the health situation I am not hosting a traditional reception tonight. While I miss having the chance to see many friends and colleagues, I am grateful that this year my message can be shared with a much larger audience throughout Mauritania.

• Today I am proud to recall that the United States was the very first country to recognize Mauritania’s independence. The partnership that President Eisenhower, and then President Kennedy, built with President Moktar Ould Daddah continues today.

• We have just passed the one-year anniversary of the historic election that brought President Mohamed Cheikh El Ghazouani to power. Let me restate my congratulations to both President Ghazouani and the Mauritanian people for the success of last year’s elections and the peaceful transfer of power. The United States salutes those democratic milestones and the powerful example that Mauritania gave to other countries in the region.

• It has been my great pleasure to work closely with President Ghazouani’s government for the past year. Together we have made important progress towards our common goals of advancing security, prosperity and justice for the citizens of both our countries.

• Perhaps the most visible sign of our partnership was the very successful Flintlock exercise we jointly organized in February. For two weeks 1500 soldiers from over 30 countries worked side-by-side to build the skills that are needed to successful fight terrorism. Flintlock was an excellent example of our strong partnership but also of Mauritania’s growing role as a leader in the region.

• We congratulate President Ghazouani on his leadership of the G5 Sahel, which we saw in the summit held here in Nouakchott just this week. The United States continues to strongly support the G5 and the work of the G5 Sahel Joint Force.

• The G5 Sahel recognizes that lasting security requires more than just military efforts. It requires economic development to address the poverty and food insecurity that impact too many in the Sahel. It requires access to justice and full respect for human rights. These issues were at the core of President Ghazouani’s election campaign. They are the foundations of his government’s agenda. And they are likewise at the heart of the growing partnership between the United States and Mauritania.

• The events that we witnessed in my country last month – the tragic death at the hands of the police of George Floyd and the protests that followed – are a reminder that the United States continues to struggle with the vestiges of slavery. A reminder that racism and discrimination continue to touch too many Americans, despite the progress we have made in the last 50 years. But out of those events, my country is now engaged in a debate about new measures to address the troubling legacies of slavery in the United States. And that is very encouraging.

• I know that Mauritanians can appreciate the debate underway in my country since you are engaged in a parallel process. The efforts underway here to reinforce national unity, to increase access to justice, to improve education, and to create greater economic opportunity are all essential to address Mauritania’s own legacy of slavery and discrimination.

• Last month my government issued its annual report on trafficking in persons. I am very pleased that this report, like the annual report on human rights earlier this year, recognized and applauded the increased efforts of the Mauritanian government to protect human rights. Many challenges remain in your country, just as they do in mine. Candid and peaceful debate of these issues is the best way for both our countries to move forward. The United States will continue to support and encourage Mauritania’s efforts to promote respect, inclusion, justice and opportunity for all its citizens.

• Let me take a moment to address the issue that is forcing us to celebrate this 4th of July virtually. The COVID crisis is having a huge impact on both of our countries. On this American Independence Day, I’m happy to recall that the United States has a long and proud history of supporting public health around the world, and particularly in Africa. For instance, here in Mauritania, many of the epidemiologists who are so vital to the COVID testing effort were trained by the U.S. Centers for Disease Control. I was very pleased to be able to provide the Minister of Health last week with high quality testing material to support the government’s response.

• Because the United States is a country marked by its dynamic businesses and civil society, remember that American support for public health means much more than just government assistance. For example, the Gates Foundation is very active in supporting efforts in Mauritania and elsewhere in Africa to improve COVID response capabilities.

• Friends, the United States and Mauritania, while separated by an ocean, share so much. Over the last 12 months, this sixty-year old partnership has become stronger, deeper, and more important for both countries. I remain extremely optimistic about Mauritania’s future. Joan and I are thrilled to able to serve here and to work together with all of you to realize the full potential of our partnership.

• So thank you for joining us to celebrate this fourth of July. Thank you for your friendship and hospitality. Long live the Mauritanian-American partnership!

• And please remember: wear your mask to protect yourself, your family and your community.