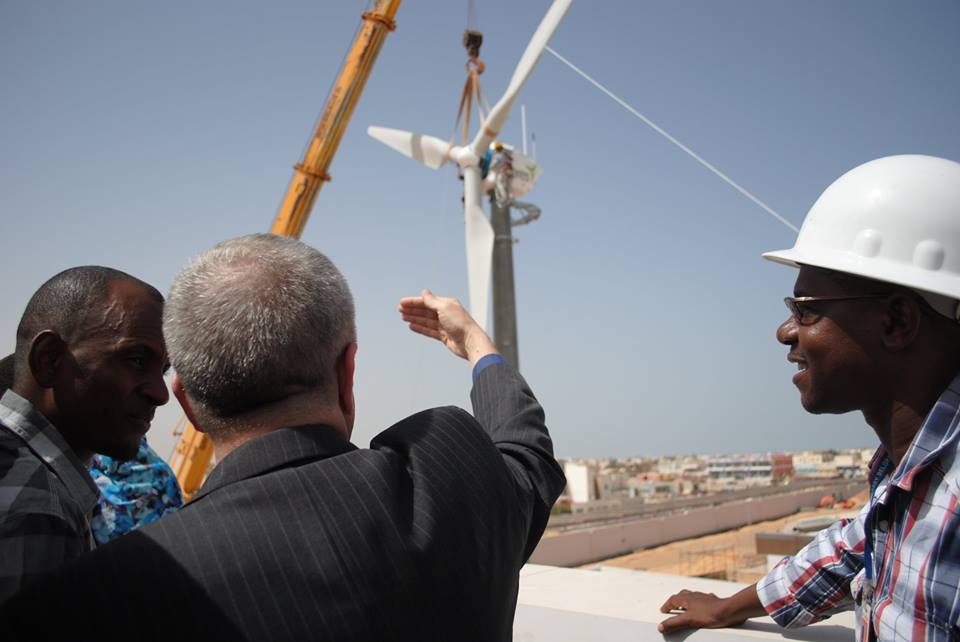 Wind Turbine Installation at the NEC

In celebration of Earth Day, the State Department’s Bureau of Overseas Buildings Operations (OBO)is pleased to announce the completion of the Department’s largest power-generating wind turbine at the new U.S. Embassy in Mauritania.

The 50 kilowatt (kW) turbine in Nouakchott is expected to generate nearly 142 megawatt hours (MWh) per year—roughly 13 average American homes – as well as save 84 metric tons of carbon dioxide (CO2) a year, equivalent to the operation of 18 average vehicles. The cost savings generated are expected to pay back the initial investment in less than 12 years and include significant savings for the U.S. Government an in electricity costs after payback.

OBO’s mission is to provide safe, secure, and functional facilities that represent the U.S. government to the host nation and support our staff in the achievement of U.S. foreign policy objectives.  These facilities represent U.S. values and the best in U.S. architecture, engineering, technology, sustainability, art, culture, and construction execution.