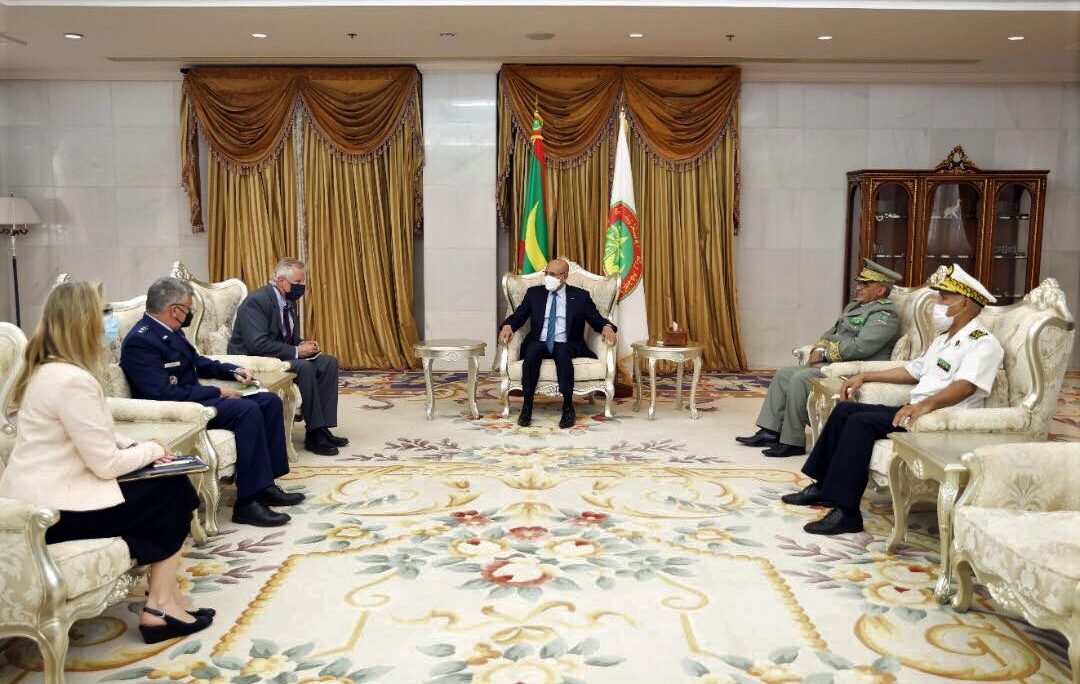 Good morning – I am very pleased to be here today with my military counterpart Lt. Gen. Kirk Smith as Deputy Commanders of United States Africa Command.

First, I would like to begin by expressing my sincere appreciation for the immense hospitality we’ve received from the people of Mauritania. We have just concluded a broad and fruitful engagement with President Ghazouani today.

As the U.S. celebrated our 245 years as an independent democracy this month, we reaffirmed that we must constantly strive to “form a more perfect union” by confronting and addressing our shortcomings, so too as Mauritania advanced as a nation with your historic 2019 democratic transition and the continued efforts to confront the vestiges of slavery. This ability to recognize and face our shortcomings is a mark of a self-confident people and the bond that links our two nations.

We praise Mauritania’s leadership in institutions such as the G-5 Sahel – an organization of the region, by the region and for the region.

Our discussions with President Ghazouani today were focused not only on underscoring the importance of this partnership and the cooperation between our two countries, but also to open the door and look for additional ways in which the United States and Mauritania can work together for equitable economic development, greater peace, and stability in the region.

There are many challenges facing the Sahel, but as we look through this door, we see a great number of opportunities to expand our partnership and we look forward to continuing these discussions.

Before we depart, I would like close by extending my deepest condolences to the Mauritanian people who have been affected over the past year by the global pandemic. Last month, President Biden pledged 500 million Pfizer vaccines to 92 low and middle-income countries and the African Union. Additionally, the U.S. already has contributed $2 billion to the international COVAX vaccine distribution, and has pledged an additional $2 billion gift from the American people to this common effort.

There is still a long road ahead of us, but we are making progress and we are all looking forward to a more open and engaged future.

I am confident in the resilience of the Mauritanian people as you have confronted challenges in the past.  Through our partnership, I believe we will prevail over these challenges together.