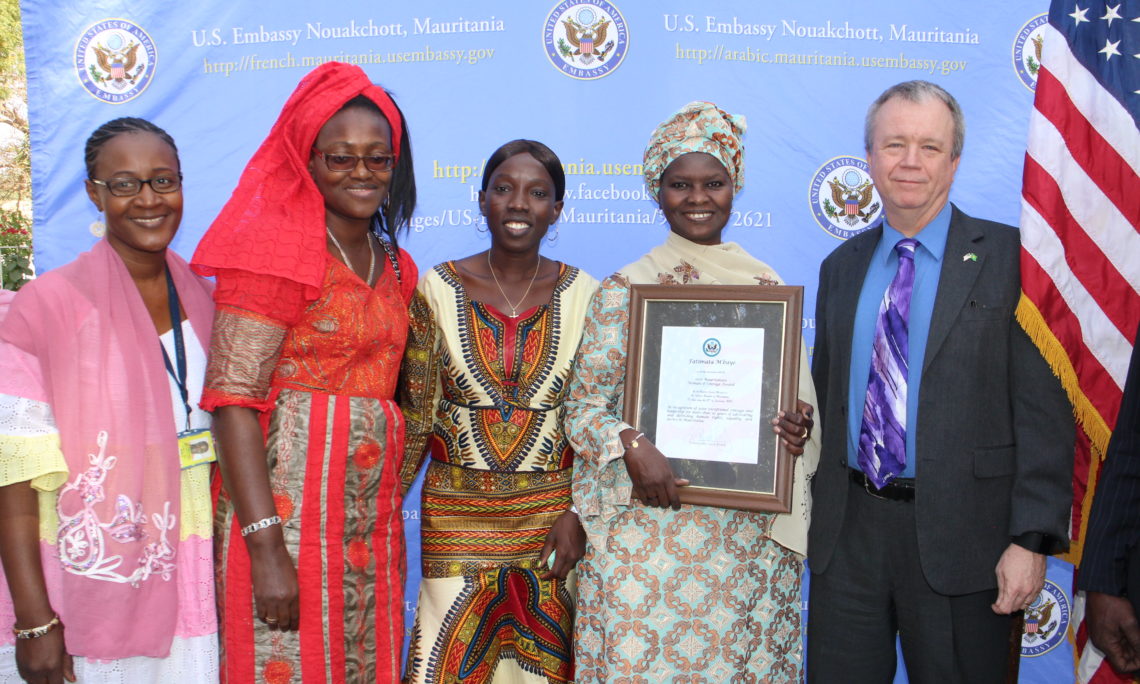 On January 21, Ambassador Larry André hosted a lunch in honor of, Fatimata M’baye, the 2016 Mauritanian Woman of Courage Award winner, and a nominee for the United States Department of State International Woman of Courage Award.  M’baye was Mauritania’s first ever female attorney and she is the president of local human rights NGO Association Mauritanienne des Droits de l’Homme. She has spent her career courageously for advocating and defending human rights, equality, and justice in Mauritania.

The lunch was attended by notable leaders from Mauritanian civil society, especially women and human rights leaders, and is a part of the American Embassy’s on-going efforts to engage in a dialogue with government and civil-society on shared priorities.